The Paradise Of Hair Restoration

Explore the best hair transplant in mexico.  We are dedicated to facilitating quality Bio-enhanced FUE transplant in a comfortable environment, where the patient will achieve the best results.

As it is commonly known, is a highly specialized process where tiny deposits of pigment are positioned within the dermal layer of the skin. When applied by a skilled technician, these deposits replicate the look of real shaven hair.

MICROPIGMENTATION
You may have already heard of microblading for full brows. Did you know there’s a similar practice for your scalp?
This procedure is known as scalp micropigmentation (SMP), which creates the illusion of fuller hair.
But what’s the exact difference?
“Although both fall under the category of micropigmentation, [microblading and micropigmentation] are very different methods of implanting pigment.
While microblading is typically done with a manual blade, micropigmentation is performed using an electric tattoo device. This is because more power is needed to penetrate the skin on your scalp, which is thicker than the skin under your eyebrows.

How does SMP work, and who can benefit from it?

The goal of SMP isn’t to create hairlike lines as you would when microblading eyebrows, but instead to use tiny, layered dots in different hues of black to replicate the look of a shadow on your scalp. This style, referred to as pointillism, is done to create natural-looking depth and definition.
A skilled practitioner will work to ensure the dots look like a natural hair follicle and blend in seamlessly with your complexion.
This process may be useful for people who experience all forms of hair loss. This includes folks with:

So, just how painful is this procedure?
The short answer is, it depends.
Before the procedure, your SMP practitioner will apply a topical numbing agent to your scalp. That said, it’s good to keep in mind that there may still be some discomfort. However, how much discomfort largely depends on your pain tolerance.
People with scalp acne or other skin sensitives like psoriasis should avoid getting SMP during a breakout or flare-up, as it will be difficult to apply pigment to the inflamed areas. If you’re prone to developing keloids, which are more common in darker skin, you may also not be a good candidate for SMP.
Once you’ve done your research and sought out a responsible and skilled SMP artist (more on how to do this below), you’ll likely have an initial consultation. During this meeting, your practitioner will prep you for what to expect and how you should prepare beforehand.
For example, here are some general guidelines:
In the weeks between treatments, don’t go swimming, use steam or sauna rooms, or take extremely hot showers that may cause a steam storm.
Avoid exposing your scalp to the sun for the first four days (wearing a hat is fine). On the fifth day after treatment, you can expose the treated skin to sun for one hour, or 45 minutes if you have very fair skin.
Keep in mind, though, that less sun exposure to the treated area means better long-term retention.

After your final treatment, it’s essential to:

How long does it last?

Micropigmentation is considered semipermanent. While the effects may last up to eight years, the treated area will fade over time since all skin naturally exfoliates itself.While the color may lighten, it’ll only change if an incorrect pigment is used.
That said, if you have very dry skin, fading is likely to happen more quickly. As the skin tends to flake with dry skin, this can inadvertently exfoliate the pigment off at a quicker rate.

Are there any risks involved in this process?

As is the case with most medical procedures, there are risks involved with SMP.
While micropigmentation isn’t technically considered a tattoo — tattoo ink goes much deeper into the skin and is injected with a thicker needle — services like SMP and other permanent makeup do carry similar risksTrusted Source. These include allergies to certain components in the pigment and infection associated with the tattoo ink.
However, the most important thing to be aware of is that no formal training is required to become an SMP artist (the same goes for microblading). It’s for this reason that it really is vital that you do your due diligence when searching for a reliable practitioner. 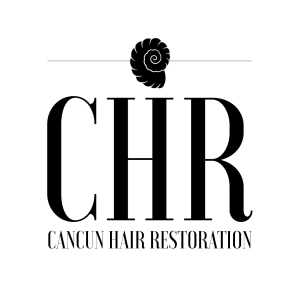 Spanish
Open chat
Envíanos un Mensaje
Powered by
Hi!
How can i help you?